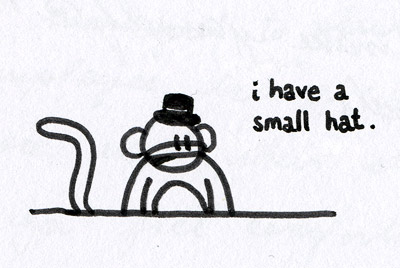 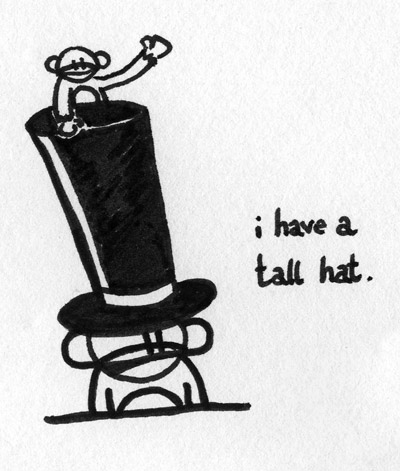 For those of you who keep your ears to the ground: a prediction of the product releases at this year's Macworld: 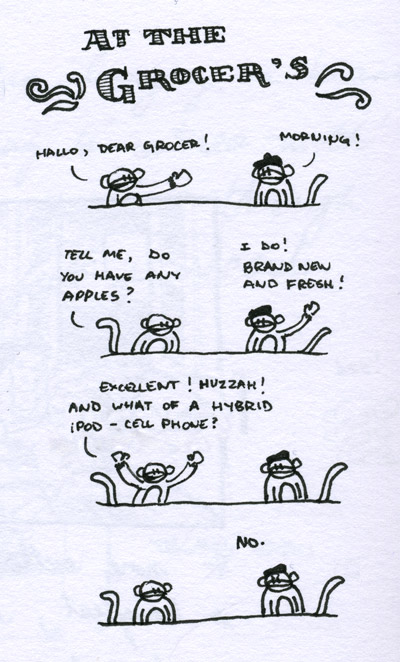 * Whoops. Looks like I was entirely wrong. Who knew that public speculation could actually make products appear?
Posted by Design Monkey 1 comments

I drew this one very quickly today, and wrote it while drawing – a seemingly trivial scribbling in my daily trivial scribblings. And yet, this one is so much more. Its intensity evokes such a visceral response from the viewer, that they are forced to ponder their very existence in a series of baffling questions, some of which may be:

Why does Chris consider hats to be such a source of hilarity?
Why aren't the monkeys that hilarious duo of Barbisol and his artistocratic counterpart?
Why is this comic only 2.5" high in his very large sketchbook?

Really, who can say? 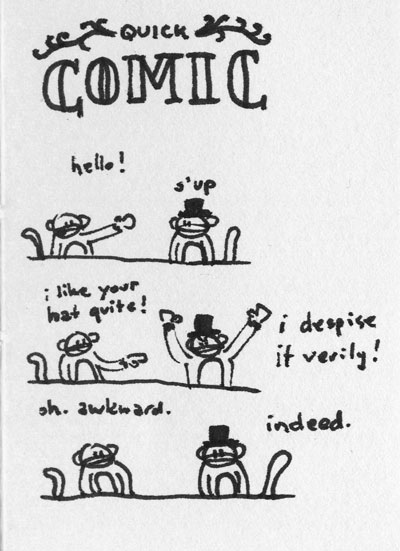 * I'll admit it. I love the completely awkward and unnatural phrasing of the dialogue in this one, which is why I posted it.
Posted by Design Monkey 1 comments