I designed the second Rockstar Hotel party, which took place on Saturday night at the Gladstone Hotel, here in Toronto. Similar to the first one, the party went down the night before a major music event, in this case, the MuchMusic Video Awards.

Thankfully, nobody fell down the stairs while trying to check out the absolutely amazing logo. 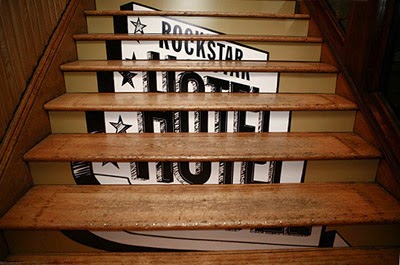 George, you're lucky this is a wide photo otherwise you'd be obscuring the night's main attraction. 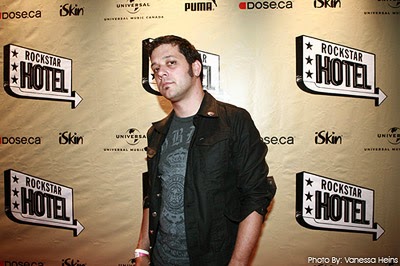 Well done, Hilary. You know how to work a red carpet better than some. 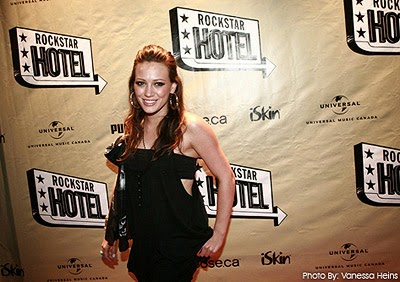 k-Os with Logo in the background. 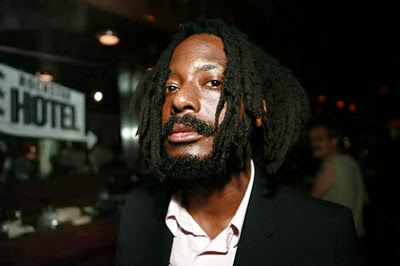 Celebrity I can do without. The bar? Not so much. 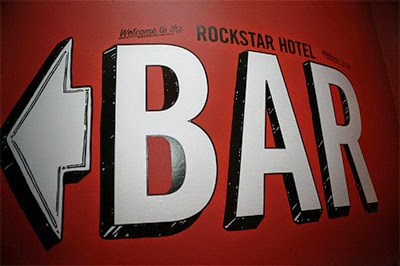 They're right: the truth is stranger than fiction. This conversation actually took place a couple of weeks back. The funniest part was that the designer who made the recommendation kept repeating what a good fit he thought they'd be. He was right to some extent: the art fit the event really, really well, but …just …well, you know.

For a recent project, I was asked to create the "logo for an event property".

I know, sounds a bit like gibberish. Bear with me.

So, the night before the Junos take place in Saskatoon, one of the hotels will be hosting a giant party. One of epic proportions, with musician and rock stars in attendance. So, the hotel transforms into:

Regardless of the concept behind the event, I really enjoyed researching old American motel signage, and more importantly, breaking out pens, pencils and a brush to put this one together. And it's sort of neat that I've seen this logo popping up in more and more places.
Posted by Design Monkey 0 comments

All the type I've been drawing recently has been in a chunky, block style with all the letters connected to each other. It's pretty fun to try and work around ascenders and descenders. Although I've got Y, B and D figured out, I still haven't found a nice solution for T.

Haha! Totally scammed on the LE pairing above! Let's call that some kind of sexy ligature thing, ok?
Posted by Design Monkey 2 comments

The Good, the Bad, the Disconnected

Doritos has a new television campaign that's airing on TV at the moment, and to be honest I'm taken with it. Of course, part of the reason is that it's an appropriation of the Bollywood aesthetic, which is something I've always enjoyed, particularly when exceptionally well done, as in the case of the Absolut short film "Mulit".

The three ad executions all revolve around a young man's attempts to impress his girlfriend's father. The tie-in is that the new Doritos has three different aspects to it: bold, exotic and sizzlin [sic]. Each execution starts the same way, but differs when the young man chooses one of the three aspects with which to curry (ha!) favour with the father.

I like these ads. They're funny, strange, and there's been great care and attention paid to the casting, art direction and music (particularly the music in the 45 second "Sizzlin" spot, which is hilarious).

These ads end by displaying "doritosplay.ca". It worked on me. I saw one of the executions, and went to the site hoping to see the rest.

Now, here's what I hate.

You get to the website, and absolutely no part of it relates to the campaign. In fact, just the opposite. Grunge fonts, graffiti, art direction that's entirely foreign, and a weak interface are just some of the problems. Let's not even get into the quality of the animation, which looks like it was done by a 14 year old working in his parent's basement.

I don't understand it. These ads are a great campaign with so much potential for overall design, art direction and execution. They deserve their own microsite, with all the trappings that the Bollywood aesthetic could offer. Instead, the consumer gets a completely generic experience, and the charm of the ads is lost with a barrage of poor Flash animation and inappropriate aesthetic touches like the graffiti and grunge fonts.

Sad, really. Though the otter being offered up as an exotic gift still makes me chuckle.
Posted by Design Monkey 0 comments

Back to the Future

So, the 2012 London Olympics have a logo. You can read about its debut on the BBC.

I don't think any logo has ever evoked such a strong reaction from the public in such a short time. CNN reports that there's already 17,000 signatures on a petition calling for it to be scrapped. This online petition has 28,557 signatures as of June 5th.

Now, personal taste aside (I don't like it. VSA Partners totally nailed it with this logo for the Chicago 2016 bid), what I find absolutely hilarious is that Sebastian Coe, chairman for the London games, defends the logo with these statements:

"Our emblem needs to be modern, bold, flexible and as relevant today as in five years' time. We want our Games to be different. We are hosting them in a different era, in 2012."

All I can think is that Doc Emmett Brown better pull up in the DeLorean so we can get this show on the road. Now, where the hell are we going to find 1.21 Gigawatts?
Posted by Design Monkey 1 comments

Elle and I attended the architectural preview of the Royal Ontario Museum this afternoon. It's going to be a stunning building, and a world-class museum once all the exhibits have been installed. Photos from our visit are below: 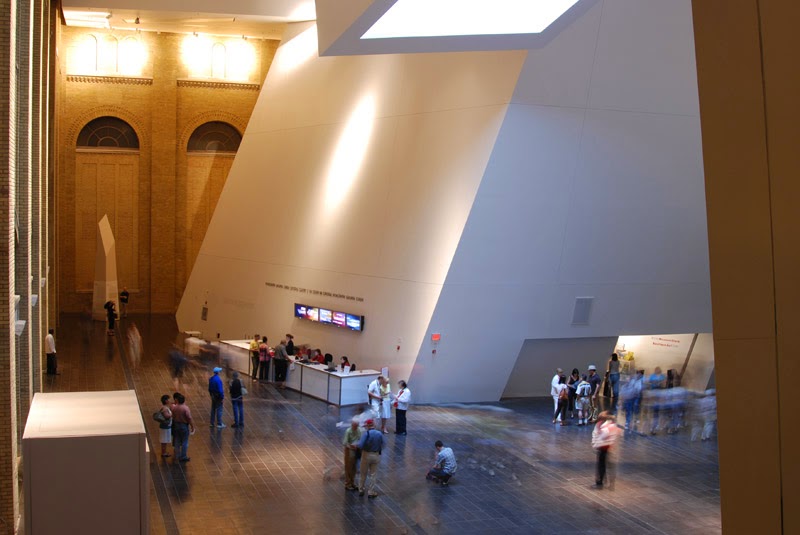 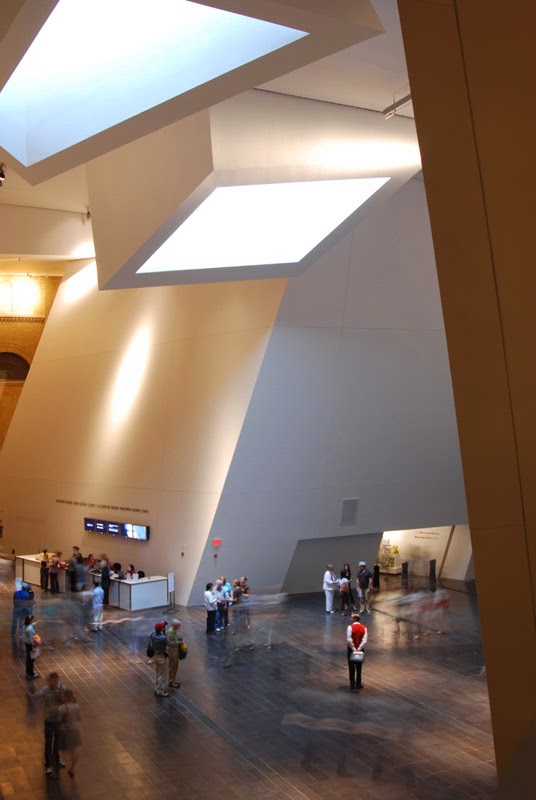 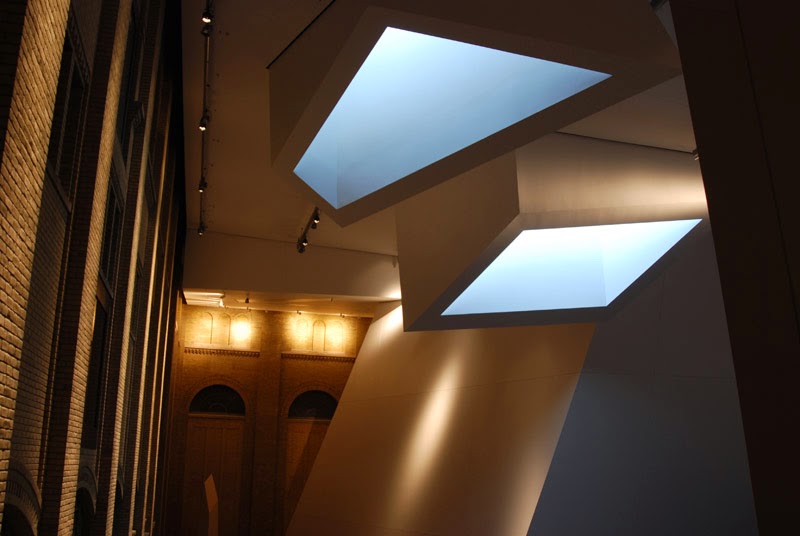 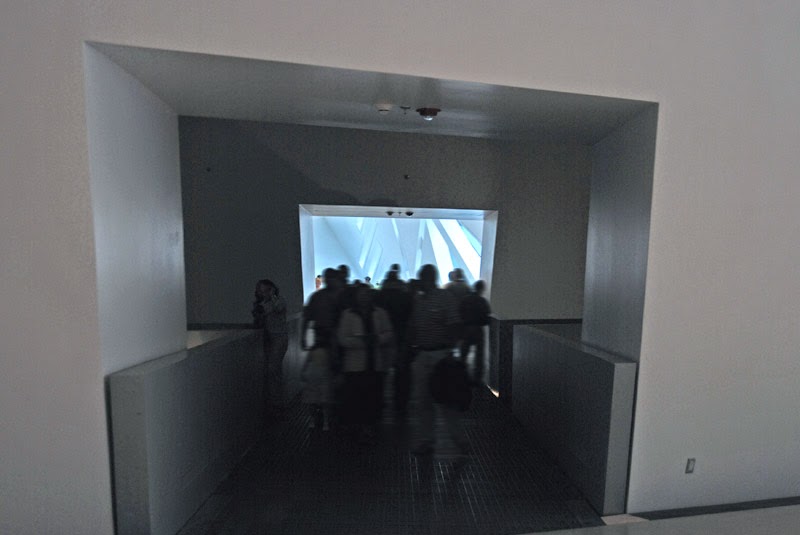 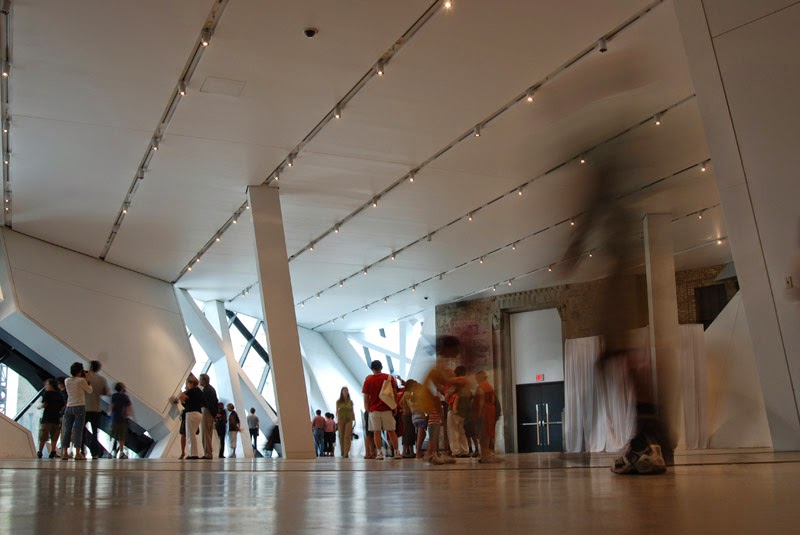 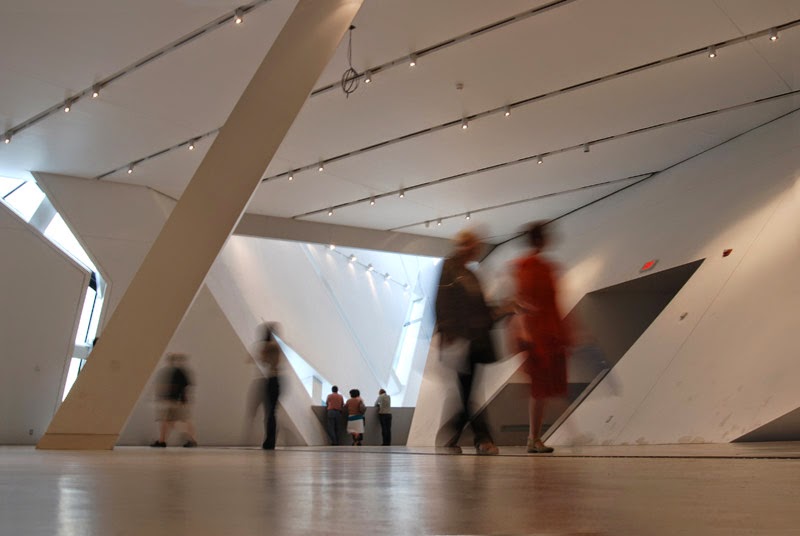 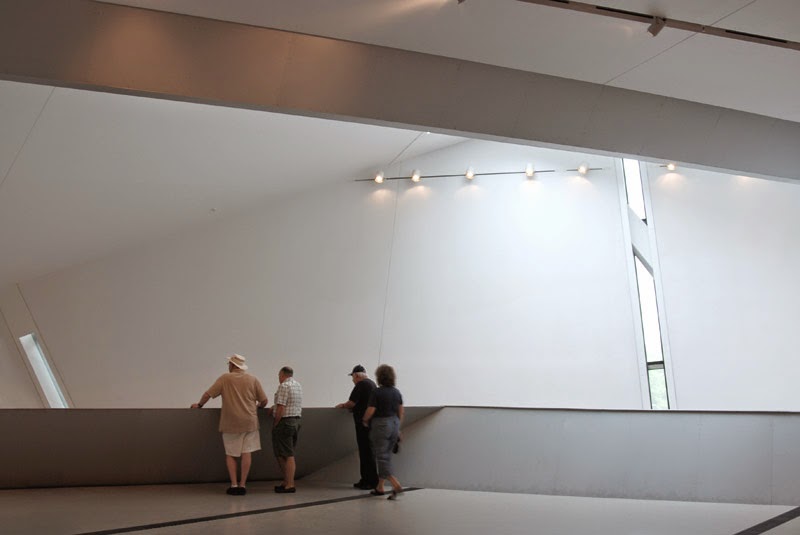 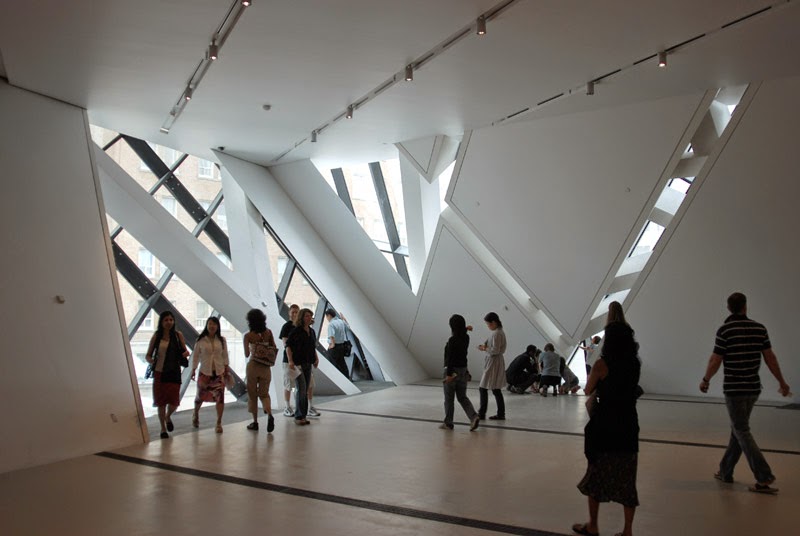 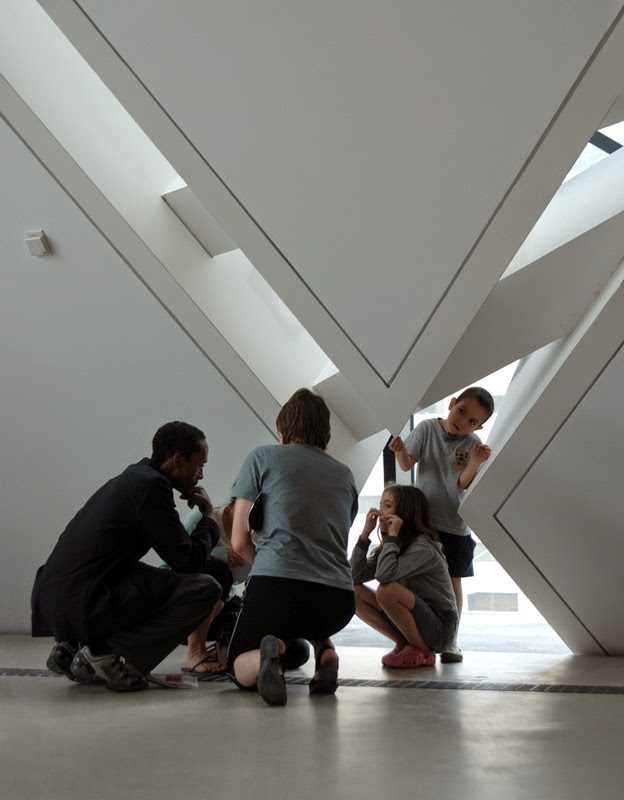 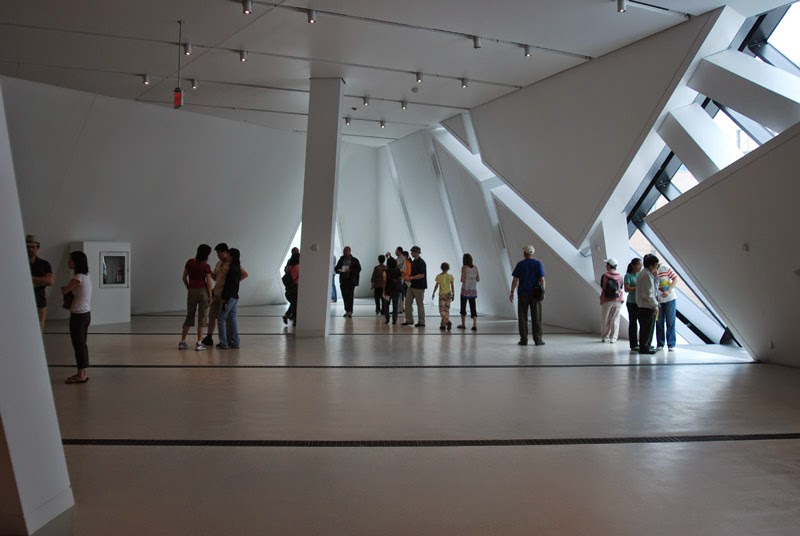 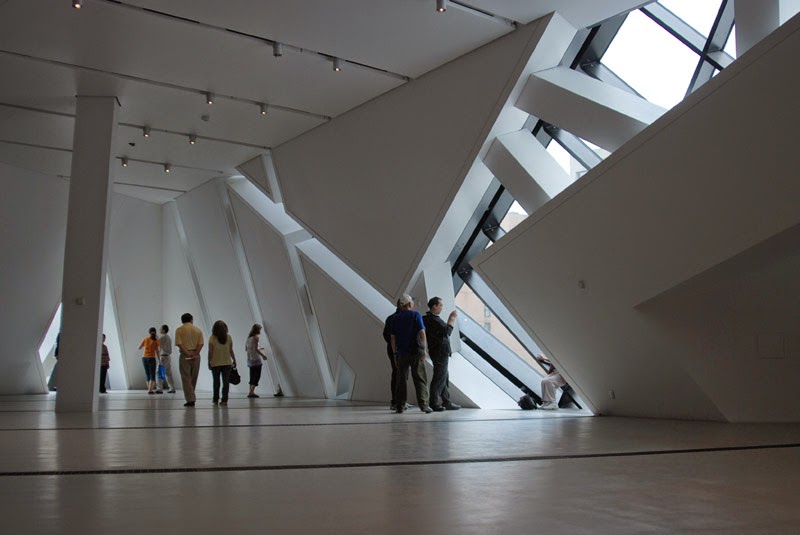 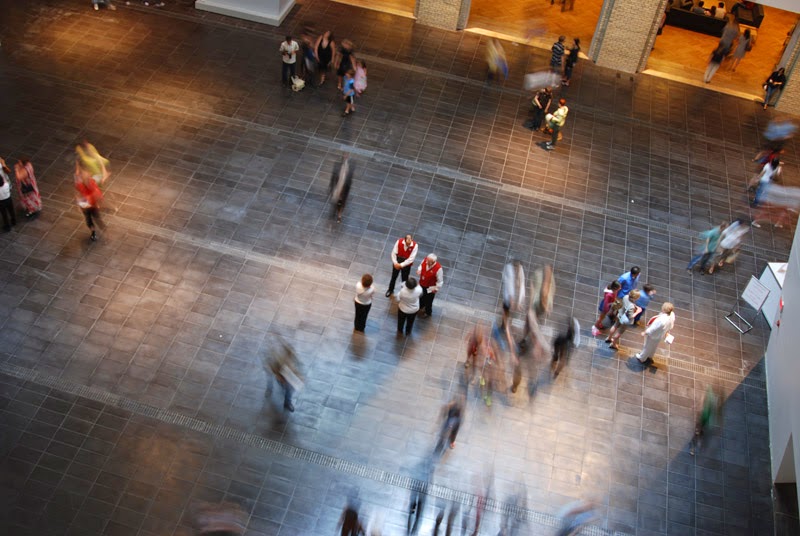 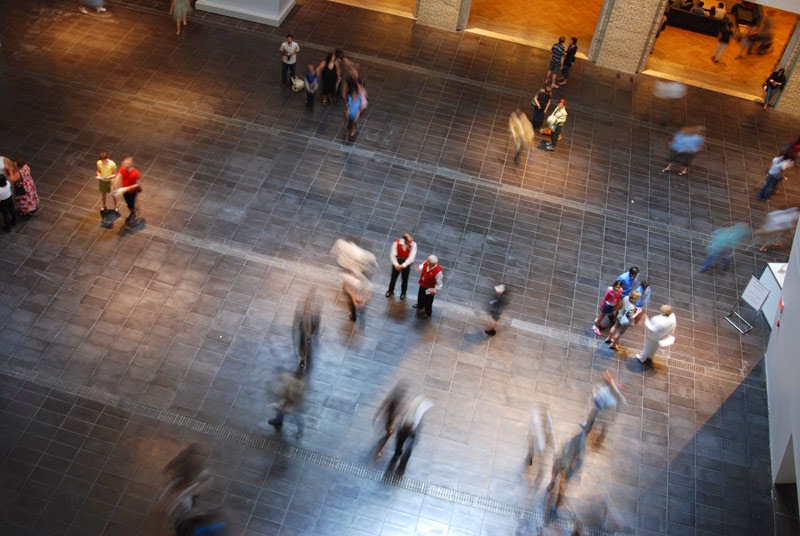 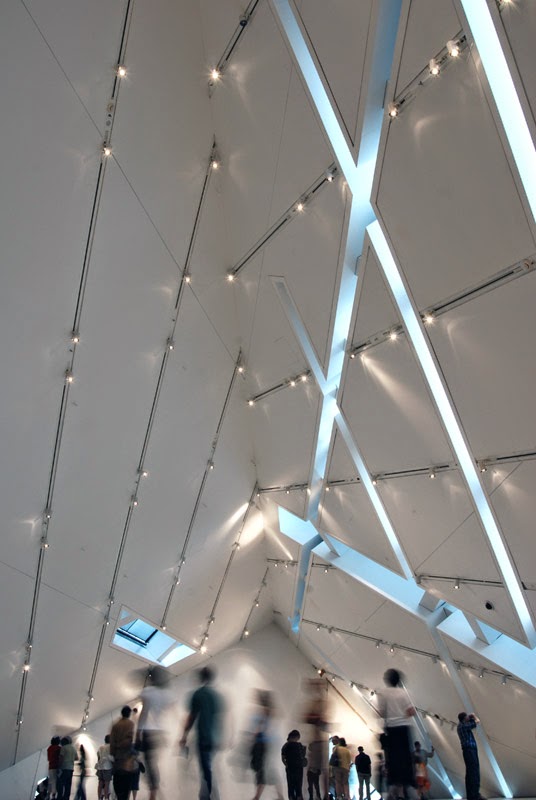 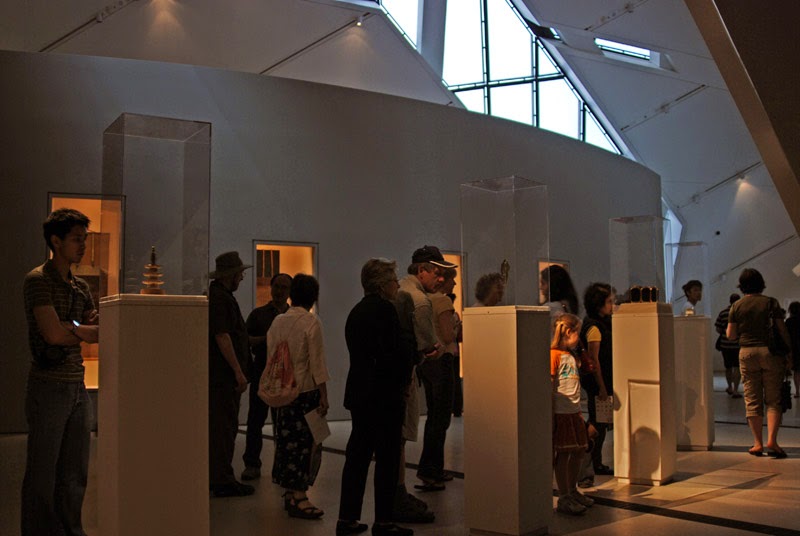